Back to the Morgan Library for M.493, the Morgan Black Hours, so called because they are written in silver and gold in on black-stained parchment. The bad news is that this treatment makes the illumination, particularly the colors, very fragile and prone to flake off. The good news is that means this is one of the few books at the Morgan that has been fully digitized. As is common, the style of the illumination seems to derive from the work of Willem Vrelent.

The calendar is sparse, with only 111 entries across the span of the year, nearly 1/2 of those (52) in gold for high importance. With that few entries it is harder to draw any conclusions from the calendar, but Bishop Donatiani (of Reims) (See October f.11r below) appears in gold, which seems unique to Flemish manuscripts. 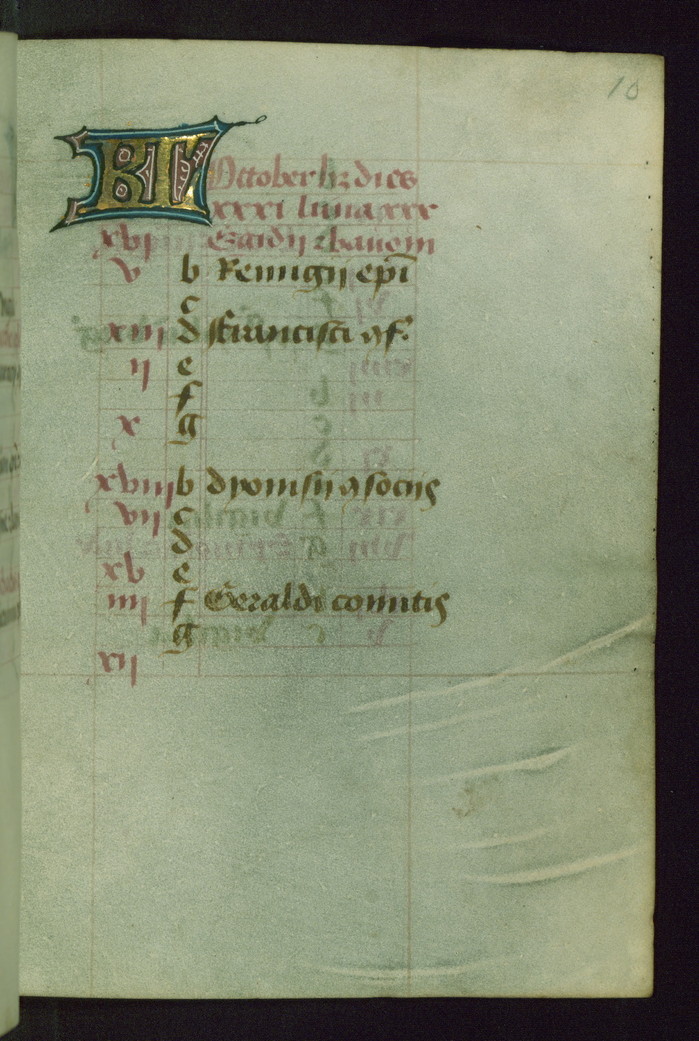 Yet another William Vrelant manuscript held at the Walters Art Museum, W.184 is a late 15th C book from Bruges. The calendar is not very decorated, but there's a bit of gold leaf on the KL at least. In the calendar there are only 120 days populated, and of those the regular 1/3 are ranked high. The saints listed are a smattering of the usual Belgian ones, though there are a few unusual ones. One that stands out is St. Cornelius (March 31, see f.5v below), which only appears in one other book, the Huth Hours (BL MS Add 38126)

The first of three Books of Hours added during a visit to the BPL manuscript collection last week, MS q. med 137 is a beautiful small Book illumiated in the Workshop of Willian Vrelant, with text in a semi-batarde script.  It's a somewhat unusual book liturgically, Use of Rome, but with calendar for Utrecht and text entirely in Latin.  Most of the Utrecht books are the Dutch transtlation of Geert Groote.  The Calendar itself has no very unusual details, there are only 160 entries and nearly all seem to match Bruges exemplars.  The image below(f.28r) is after the calendar, the start of the Mass of the Blessed Virgin Mary, showing the gray and blue foliage that is common throughout the book 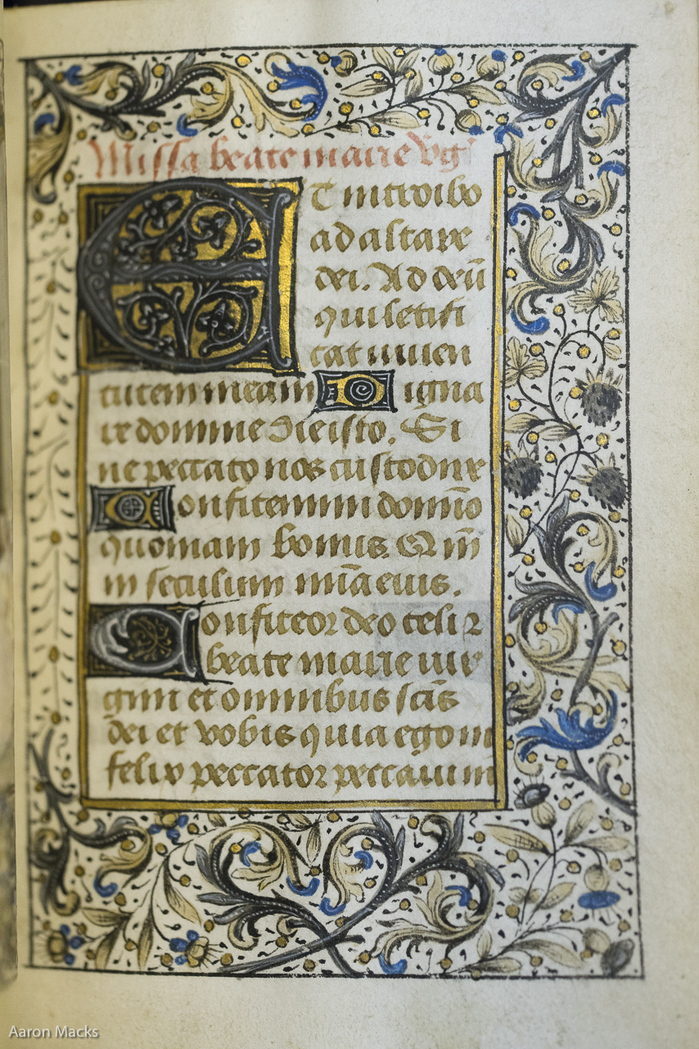