We know more about the location of manuscript MS Lat 34 from the Bibliothèque de Genève, hosted by the excellent e-Codices, than we usually do. This was made for use in the Abbey of St. Martin, in Tours, France. Sadly the monastery was destroyed during the revolution due to St. Martin’s connection to the royal family, dating back to Clovis. The modern Basilica of St. Martin was built on the same site in the late 19th century.

The calendar is unusual in containing a large amount of non-festal dating. All of the Egyptian days are marked in full and there are the “keys” to both Rogation and Pentecost, though not for Easter, which is the most common. For Easter, there is a little poem on the outer margin of the first part of January (see f.3r below) that gives a simplified way of predicting the date. There’s also an entry for the day of Creation, according to Bede and the yet-unexplained “Septim[us] embolism[us]”. The saints are as expected. There are several feasts for St Martin, including the common, Translation on July 4 1854, and the uncommon, Subvention on May 12 2543, Octave of Translation on July 11 4220 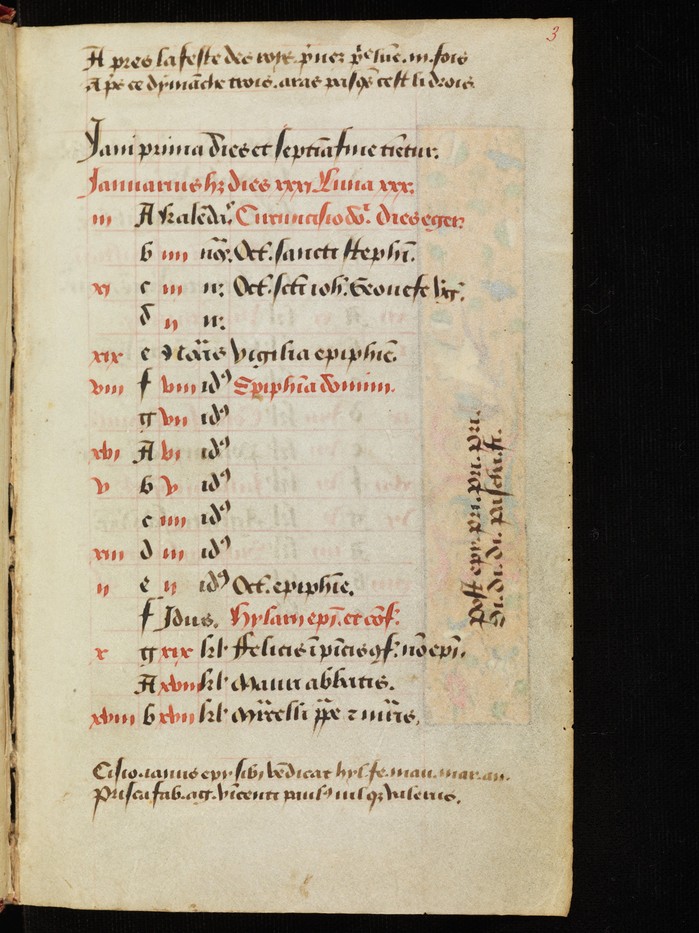