Back to Bibliothèque de Genève manuscripts, hosted by the excellent e-Codices. MS Lat 367 is a book made in Lyon for the Use of Geneva, which is an uncommon liturgical localization. It dates to the early 16th century, but post 1511 as some of the illustrations by the Maître de l’Entrée de François I are based on images in Durer’s 1511 Petite Passion.

The calendar is not complete, but nearly so with 359 entries and a few non-feasts indicated, such as “Dies Egyptia” on March 28. The entries have some accuracy issues, with at least 12 on the wrong date. There’s also an interesting scribal error in September (see f.10r below), where Cornelius and Cyprianus (3696) are listed on both the 14th, the correct date, and on the 13th as well. Many of the identified saints are unique or rarely seen in other calendars. 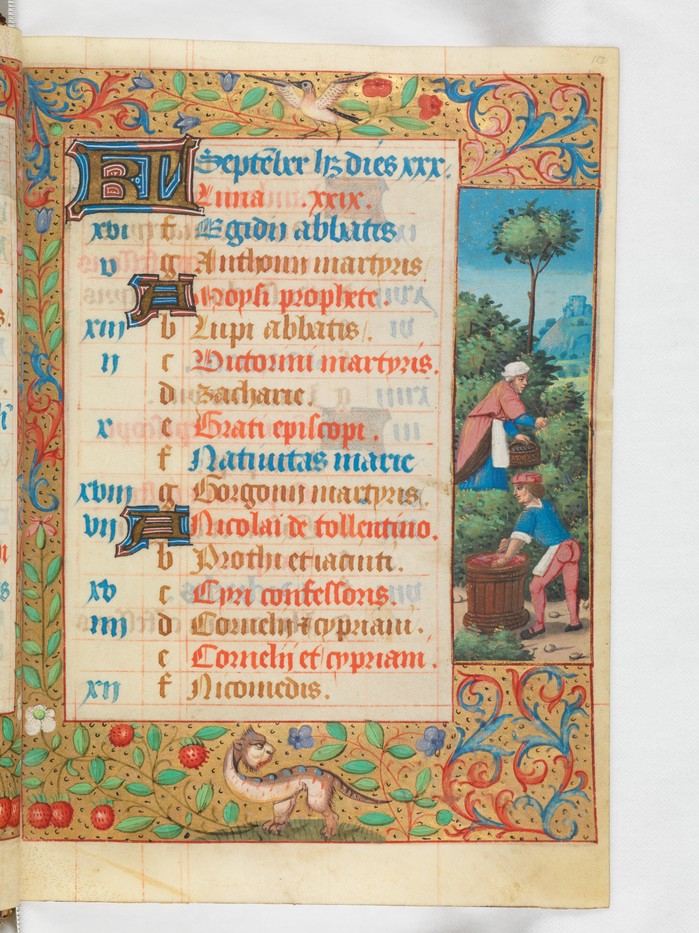