British Library Yates Thompson 29, known asthe 'Hours of Bonaparte Ghislieri', formerly known as 'The Albani Hours', is a lovely Humanistic Use of Rome book, from Bologna, about 1500.  The calendar is decorated with the expected foliage and cameos, and the bottom of the first page of each month has an "important" saint, though not always one realated to the month.  There's an interesting error in the months of May and June, may is incorrectly written with 30 days, ending with a dominical letter of 'c' (see f.5v below), which would have been right for May 30th.  Either as an intentional correction or, more likely, as an error from the same cause, June has 31 days, and starts with dominical letter 'd'.  The saint on the second line of June, however, is a correct saint for June 1, and the rest of the month continues in the same manner.  There is no evidence for this practice, but if one were copying from a non-paginated calendar, this mistake would be easily possible 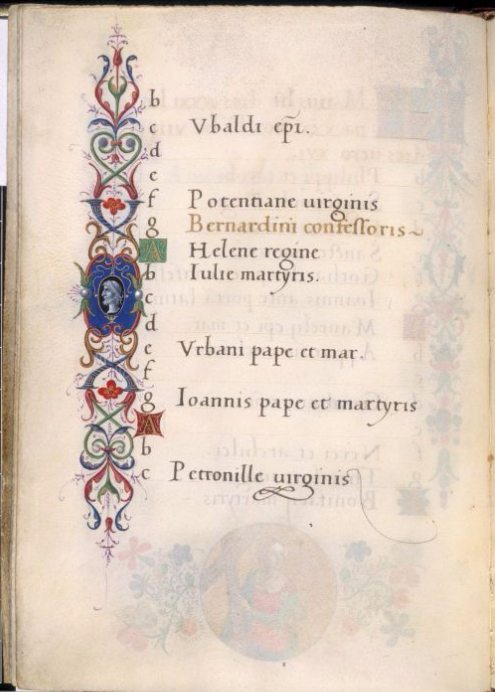