Latin 9474 from the Bibliothèque nationale de France is a spectacular late use of Rome book, known as the Grand Heures d'Anne de Bretagne.  The entire program of illumination was done by Jean Bourdichon, student of Jehan Fouquet. Every month starts with the calendar overlaid over a scene of the labor, with the Zodiac sign in the sky as part of the scene.  The verso has a border on the outer edge with realistic depictions of named flowers and insects.  December is below (f.15r-v), with the slaughter of pigs under Capricorn. 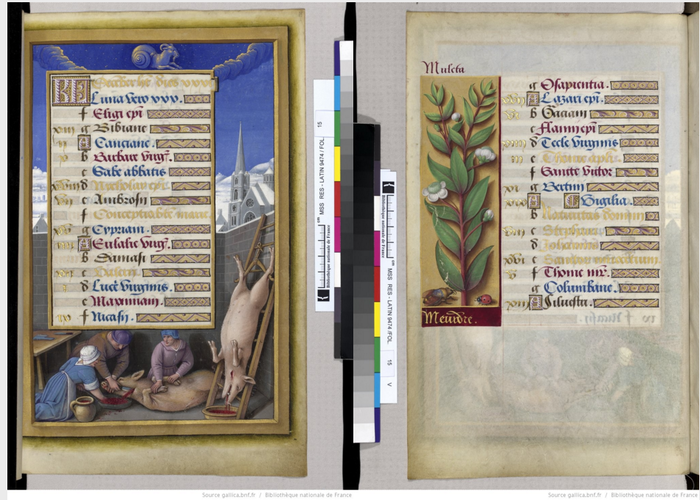