Results tagged “Use of Rome”

Digitized and hosted by the State Library of Victoria, Art Gallery of Ballarat's Crouch MS 2 is a late 15th C Florentine Book of Hours in a late Gothic style.  It is unusual for the small number of saints, there are only 136 days are populated.  There's a corrected scribal error on the 16th of February and a uncorected one, the spelling of "Vigilia" on the 29th of November (see f.11v below) 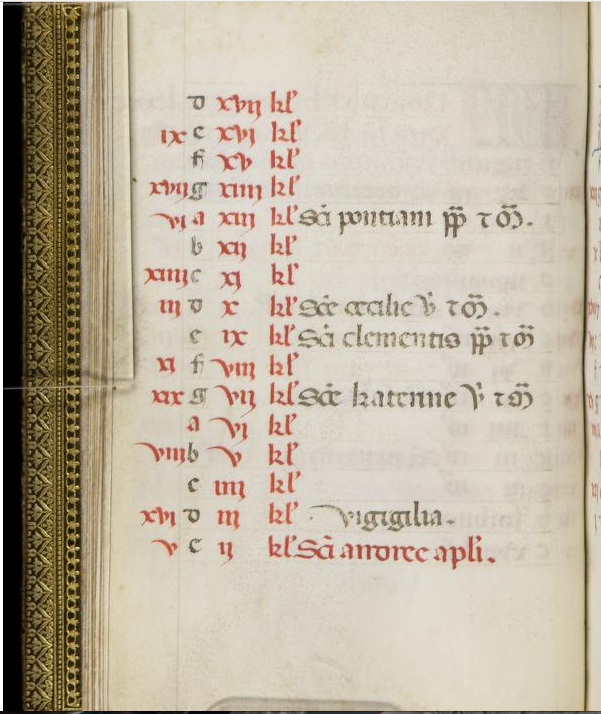 The start of the various sections have a bordered page with a inhabited initial, but apart from that there's very little decoration, similar to the program of later Humanist books.  See the rather cartoonish start to the Office of the Dead, f.103r, below

British Library MS Add 20927 is a lovely Sanvito MS, though f.6r and f.9r are swapped on the digitized version.  The calendar has an interesting entry for November 2, rather than All Souls, it has Saint Iusti (Martyr). 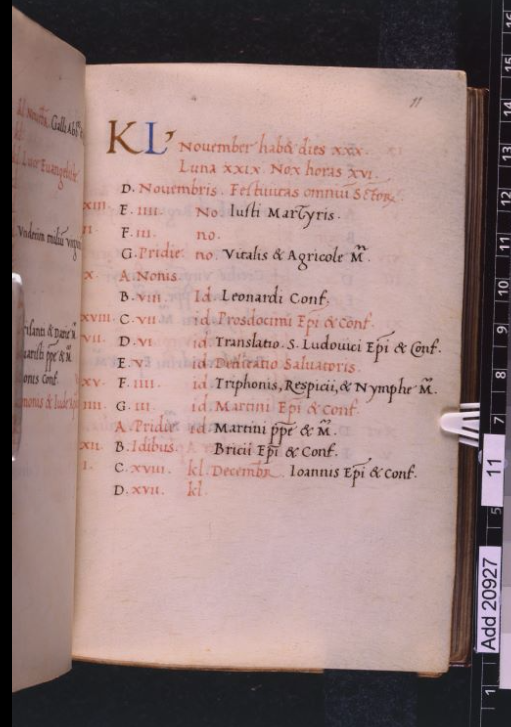 Later on are the Ala Antica full-page decorations (f.14r) 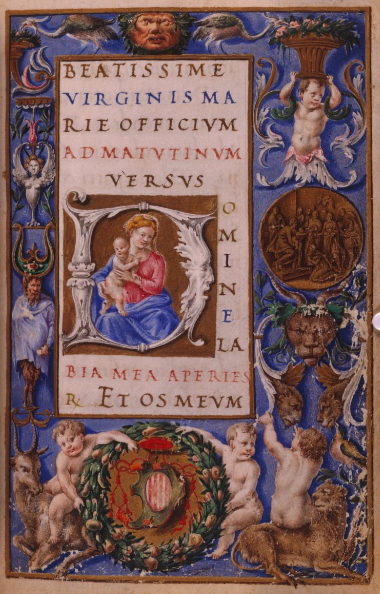 Feed of results tagged “Use of Rome“